Members of both the Wimberley HS girls' and boys' soccer teams were recognized by receiving season accolades. 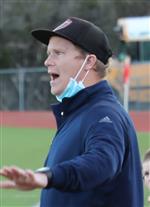 In addition to the District 26-4A superlatives received by Thames and Franchione other Lady Texans were honored as well. Harwood was named First-Team All-District, along with junior Lexi Howell and freshman Selah Jones. Named to the Second-Team were senior Sunny Jones, senior Arianna Hernandez, and sophomore Claire Valentine. Junior Elise Brown, sophomores Izzy Frank and Natalie Figueroa, and freshman Sydney Hendon were all Honorable Mention All-District.

The Lady Texans finished the season with a 24-6-2 record and lost to Corpus Christi Calallen in the Region IV final.

The Texans had an overall record of 13-7-2 and lost to Taylor in the bi-district round of the playoffs.